Last Saturday, June 13th I got the opportunity to run The Dam Marathon Half. This is a race I had found last year on line, but didn't get down that way to run it.  This year, I not only got to run it, I got the honor of blogging for them.

This race was hosted by Oregon Outdoor Sports and raised funds for Cystic Fibrosis. They offer a number of great events on July 13th, and are very affordable. 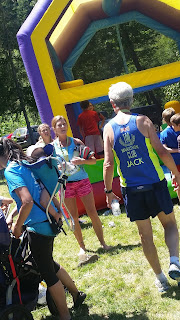 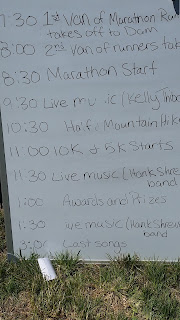 All events start at Green Waters Park in Oakridge, Oregon 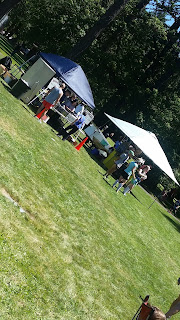 This event had some fun things going on.  Before and after the race, live music was playing. There was plenty of snacks, drinks, and kombucha for all the runners.  They had plenty of prizes being given out in a drawing at the awards ceremony. There was a bouncy house for the kids. There was also a taco stand and fresh squeezed lemonade stand. 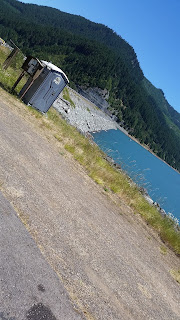 The course started and ended at Green Water Park in Oakridge Oregon.  I ran the half marathon that day!  The half was part of the Marathon course, so I got to see some of the Marathon runners coming back on the out-and-back course.

There were plenty of hydration stations.  Every 2 to 3 miles I saw one. The tables had snacks and drinks.  There was restrooms at the start, miles 5, 7, and the finish.

The course is described as "beautiful!"  The first mile is a trail that crosses over a bridge through a tall forest.  The 2nd mile is along the Willamette River.  The 3rd mile is an upward climb along the west side of the dam.  The turn-a-round it the half way point, going back the same way, ending back at Green Water park. 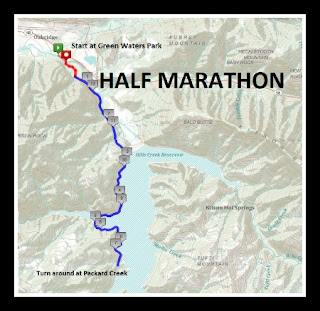 I loved running this half. I do plan on running either the full or half in 2016.  It's not a course I would go out for a PR (personal record) at, but it's absolutely beautiful and I enjoyed every minute of it!  From the bridge, trails, and running along the Willamette river, to finishing up at the park!

The Dam Marathon Half, in Julie's eyes! 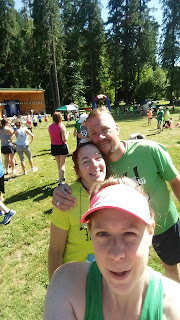 Saturday July 13th I drove down to Oakridge Oregon, to run The Dam Half with my friend Amy.  I had just run Newport Marathon two weeks prier, so I went to blog and encourage Amy with a PR. It was supposed to be a beautiful course, so I was excited to get running!
My race (the half) didn't start until 10:30.  I have never started a race this late unless it was an evening run.  It was getting warm, but I wasn't too worried knowing we would have some shade, and I wasn't going to be racing today.  Amy, her husband Eric, and I stood with the other runners as last minute instructions were given. 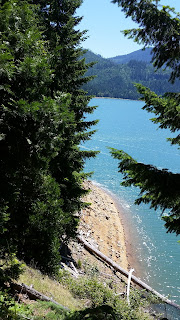 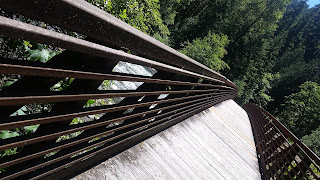 Soon we were off, running through the grass onto a trail, and over a bridge.  Running over the bridge was terrifying yet spectacular all at the same time.  I love running by water, and the Willamette is one of the best!  The bridge, as big and awesome as it was, shook with every step.  I had a horrible thought of all us runners falling into the Willamette as the bridge broke from runners beating it to death!  The bridge did hold up, and soon we were heading up a trail head.  Part of the trail was paved and part was dirt and little rocks.  All pretty easy to run on.  It was narrow for about a mile.  Then it widen back up. 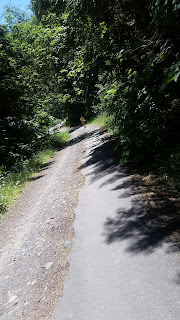 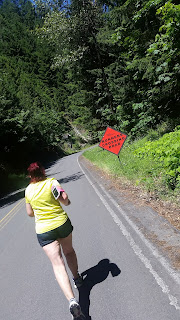 I hadn't looked at the elevation chart or studied the course map at all.  Amy warned me of a hill a mile or two into the race.  I didn't feel the hill was too bad, but then again, I wasn't pushing


my pace either.  It did seem to last a long time.  There was more than just the one hill too.  I felt like the whole 6+ miles to the turn around was a lot of elevation gain.  When I got home and looked up the elevation chart.  Sure enough, I was correct! 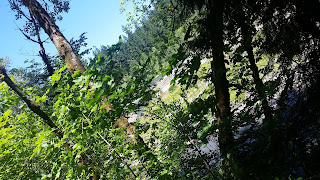 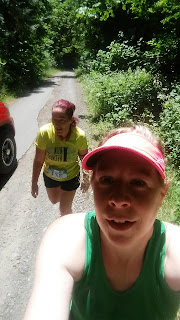 As we got to the turn-a-round, I looked at my friend Amy and said, "It's all down hill from here."  I think Amy sighed a sigh of relief in that moment!

The turn-a-round sign was off the road next to an aid station.  I wasn't for sure at first if this was our turn-a-round or not.  I asked the volunteers and sure enough it was! 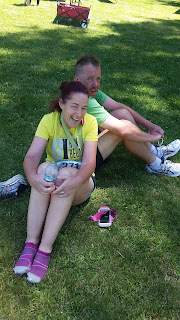 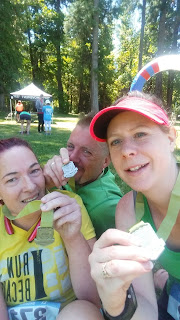 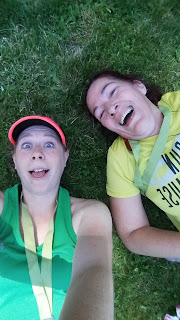 We grabbed a drink of water as it was quickly heating up and headed back down the mountain.   I was a happy runner.  Enjoying every moment.  I found it fun to encourage the other's out running that day!  I did have a moment of wishing I was racing, but that quickly passed as it heated up more and more, and as I talked to Amy! She is good company after all! On the trail head back to the park Amy was able to pass people!  She was talking to me, so I was pretty sure she wasn't going to die!  I kept telling her how close we were.  How her husband was waiting at the finish line for her!  You know, all those annoying things people try to encourage you with,
but nothing matters but simply being DONE!  Well, Amy did it!  She came in 1 minute 20 seconds UNDER her goal PR time!  She PRed by nearly 12 minutes overall.  I was very proud of her!  She kept pushing, in the heat and when it got very difficult.  She wasn't expecting as many hills as there actually were.  So the fact that she still went under her goal time, goes to show how strong she is! 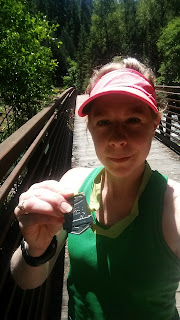 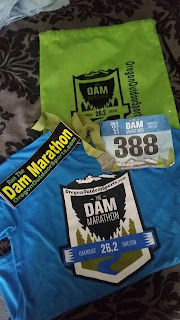 Amy, Eric and I sat and listened to some awards be given out, some music being played, and just relaxed in the beautiful weather.  About 76 degrees by now.

Posted by simplyjulie at 7:49 PM