This morning I got up with a ten mile run planned with my friend Tonya.  My alarm went off and no surprise, I had another headache...ugh!  I seriously didn't want to go.  I got up and started getting myself and my kids around.  The kids got off to school and Tonya got to my house.  We started walking to the end of the block and both were thinking the SAME thing.  "It's cold out, this stinks, lets either not run or cut this run short.  We can do our ten on Saturday."  We almost stopped and went back to the house, but we were already outside, so we might as well get started.
As we took off and got warmed up, I felt better fast.  I was keeping a good pace and just felt good.  I talked and talked.  Tonya was tired from being sick last week and wasn't so talkative. We decided to loops around town rather than a out-and-back, so up Safeway hill we went.  I was expecting to go slow and steady, but felt so great, I held a great pace the whole way up.  I just couldn't believe it.  As we got up on the hill there were wild turkeys.  Tonya said, "there are sooooo many, we need to be careful."  I was thinking, "ok, whatever (I only saw four)" As I looked up,  there they were, at least 25 wild turkeys swanking at us...ahhhh!  Okay, now I know what Tonya was talking about!  We went slow by the turkeys and they didn't eat us!
We came around and went down to our Levens loop for the last 6 or 7 miles.  I was expecting to peter out in the next mile or so but just kept going and feeling super good.  Talk talk talk...I was just sure Tonya was going to slap me for not shutting up, but she never did.  Around mile 4 we stopped for a quick stretch.  Tonya said, "your shoes do look really cool." (thanks Jerry, for surprising me with new shoes!)...well that made me feel even better!
At about mile 8.5 we came around to Denton and she had had enough....Tonya said, "just go."  I knew what she was feeling.  I have often told her to "just go" out on long runs.  You see, sometimes you have a good day, and sometimes a not so good day.  You just never know until you get out and give it a go.  The thing I find so interesting is how crummy I felt getting up and then how great if felt once I got out and ran.  Sometimes we miss out, simply because we don't go!
After my last half marathon the end of October I went through about a month long runners slump.  It has happened to me before, but I never remember it being so bad.  I would go out for a run and just not be able to go, or just go really slow and feel horrible.  I would just want to cry, it was not fun.  A couple things kept me going...1)  I knew the slump would pass, just had to say consistent and cut back some till it passed. 2) knowing that Tonya was meeting me...can't let a friend down!
About two weeks ago it did pass.  I knew when I went out that day it was over.  I finally felt good and have felt good out running ever since.  My speed is back up and I'm ready to start marathon training again.  Guess my body needed a break.  I didn't realize it but when I added it up, it made sense to have a slump...  May' 10, Hippie Chick Half Marathon, October '10 Portland Marathon...June '11 Newport Marathon...August '11 Hood to Coast (major hill training)...October '11 Runaway Pumpkin Half Marathon...November/December running slump.  That's a lot for my body in the last year-and-a-half...but it was all good!
This year I am doing only two major races and maybe a few "fun runs." January 28th is Tonya's birthday, so I signed us both up for a Run Wild 10k in Salem.  It's a trail run and we are hoping for lots of mud!
Thanks Tonya for letting me talk your ears off this morning!
Posted by simplyjulie at 6:50 PM No comments:

Simply Julie!: Simply Julie Design January Give-a-way and HOT Dea...: Let me introduce you to my January give-a-way .....this month I will be giving away one scarce to a lucky reader. I will also be giving the...
Posted by simplyjulie at 6:40 PM No comments:

Let me introduce you to my January give-a-way.....this month I will be giving away one scarce to a lucky reader.  I will also be giving the rest of you an opportunity to get a super discount.  Are you excited yet? 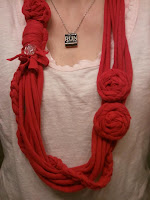 To win a FREE scarf of your choice simply ask your friends to "like" Simply Julie Design on facebook and leave a message on my facebook wall saying "your name" sent me.  The first person to get 20 points wins.  Too hard you ask?...here is a way to make extra points right off the start...
For extra points... 1)  go to my Etsy Shop and tell me what scarf you would pick if you won (counts as one point). Leave comment in comment area on this blog.
Another extra point...2)   "follow" this blog and tell me so under the comment area (counts as one point),
For yet another point...3)   "favorite" a scarf on Etsy and tell be on this blog below under comments (counts as one point) 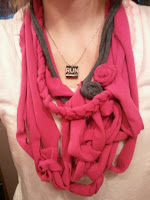 Remember to comment on this blog for each extra point, for each one separately.

Now, if you just want to order a scarf for a super discount do this....Make a Etsy account (it's free). Favorite my Etsy store.  Tell me below that you did and I will send you a code for 40% off one item (please leave your e-mail). For 50% off tell 10 of your friends to do the same (favorite my etsy store)...just have them send me a note on Etsy or facebook telling me you sent them. 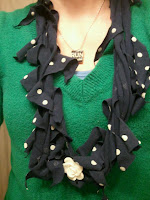 If you just want a discount, this month I am running a New Years Sale.  Simply use coupon code NEWYEARS12 at checkout for 25% off any order.  If you live in the Dallas/Salem area and will be picking up your scarf/scarves...please tell me before you make your purchase so I can send you a free shipping code.

Let me know if you have any questions!!!
Posted by simplyjulie at 6:38 PM 2 comments: