I came home Thursday evening to find a message on a facebook page asking me to run Epic Relay the next morning. Team "Tripping on Shoelaces" needed a runner.  I needed to let them know by 10:00 pm.  It was 9:00 pm!  YIKES!  With only a couple hours of sleep, I was in Keizer, OR standing in Lisa's living room with a team of people I didn't know.

Aaron, all Ducked out!
Lisa, the Go Get Er!
Simon the Great (59th relay)!
Garret, the Night Runner!
Matt, the Traffic Cone!
The invisible man!


Together, we are called, "Tripping on Shoelaces!"


We loaded up.  I found out after we got on the road that I was runner 5.  I would run legs 5, 17 and 29.  They were easy legs so I sat back and tried to relax.
Both van one and two went to the starting line in Beaverton.   Our first runner Kim, the Rookie took off running at 8:30 am.

We all loaded up to drive to the first exchange.  I found out Chris, our Captain ran The Oregon Marathon with me last year. That was a stormy one!!!!  We were starting to chat and get to know each other.
By the 2nd exchange we were all talking and seemed to be mixing well.

It was starting to get fun!  Finally it was my turn to run!

My first leg started at 12:01 noon, on McKay Rd NE.  It was hot and humid and the runners were really spread out.  It was only a 2.78 mile run, so it wasn't that bad.  I came in at 22 minutes with no roadkill reports (a roadkill is when you pass another runner).  I did pass a dead deer, so I told my team, I kinda got a roadkill!

After we all finished our first legs, we handed off to van 2 and headed to Roth's to get food from the deli.  We all got to sit together, eat and chat.  We were all in a good mood and were starting to feel like we knew each other.  It was nice!

Leg 17 started at Stayon Scio Rd about 8:30 pm.  It was cooler now and I was feeling good.  I ran 3.7 miles in just over 30 minutes and reported 3 roadkill's!  Felt good to get some kills for the team! I did pass another dead deer too! 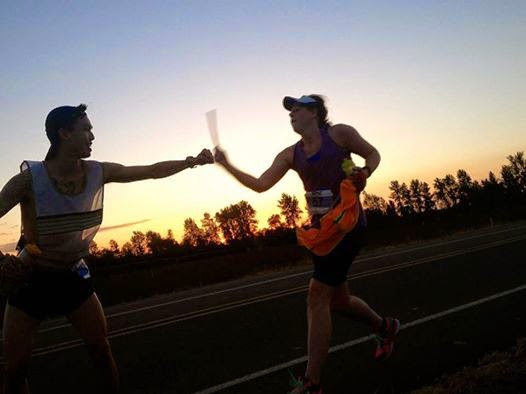 After we handed off to van 2, we headed to Corvallis for the night, or should I say a few hours!  As we drove into Corvallis it was very dark.  We drove past a small park and saw a very scary human form, dressed in a hooded outfit with a bag. The best way our team could describe it was, "we saw a ghoul"  As we drove by in the dark, it stopped and slowly turned towards us. It was terrifying!  We were all very happy to be in the van together.  It really was freaky!

We got to the school and most of us got an hour or two of light sleep.  Some of us in the van, some of us outside.  About 2:30/2:45am Kim jumped up and said, "I JUST SAW LISA GO BY."  Kim was supposed to be out at the exchange to take over for Lisa but nobody got her up.  Kim had her shoes on and was out at the exchange in seconds.  I just sat there in a daze!

Kim quickly found out, the reason nobody got her up is there was a problem.  The race people told the runners we were going too fast and we needed to slow down.  Apparently volunteers weren't in place for the last leg until 3:00 am.  Kim had to stand in the cold until 3:00 am, before she could take off again. My team was like????? All we could do was get a good laugh out of it, we were too fast for the race, kinda funny really!

Kim had never ever ran in the dark before, and after seeing that ghoul, it was a little scary, but she rocked that 2nd leg. She ran it faster than ever!  Van one was so proud of Kim!


It was my turn about 6:15am.  My favorite time of day to run! My last leg was 6.5 miles and I finished in 56 minutes!  It was a nice stretch of road, and hardly any traffic.  The temperature was  perfect!  A cute little black pug dog came out and watched runners go by!  I wanted to take him with me! So cute!  I passed two guys and a girl.  I had about two miles left and I could see a runner up about 1/4 mile or so.  I would think, I could catch her, then I would think, no way!  Then I would think...if I don't roadkill her, Anthony will get her and he doesn't need anymore!....(he's really really fast)!   As I ran along at a nice steady pace, I realized I was slowly getting closer!  Then, she walked! So, I ran faster!  With about a mile left, I passed her!  I couldn't wait to tell my team, 4 road-kills!  I passed off to Anthony and I was done!

Then something amazing happened to my team!

Anthony, our elite runner started to get a cramp or something in his leg.  There wasn't much traffic, so we would drive up a little and ask him, are you ok? And then drive up a little and ask again.  With about two miles left he said, someone needs to run with me!  We all kinda paused, Ummmm, Anthony, we aren't fast like you!!!  I was ready to run and in the front of the van because I had just handed off to Anthony, so I said, "I'll do it!" (what was I thinking?)  I jumped out of the van, turned on my Garmin (these miles were gonna count!) and off I went with Anthony the Elite.  My legs were cramped, dog gone it! I made the mistake of looking at my watch!  We were running in the 6's and my first though was, I can't do speed work right now!  I looked over at my van driving slowly next to us and looked at them like, "help me."  I of course, couldn't hold that pace and Anthony went on ahead and I got back in the van!  I made it a half mile!

We checked on Anthony again and he said, I need a runner!  Seriously Anthony! We all realized you are slowing down for us but yikes!  You are really fast and we aren't!  We came up with a plan.  We would take turns running a block or two with him until we reach the hand-off to van 2.  We did this until everyone of us had had a turn running with him, then we saw the exchange area.  Chris was out running with Anthony, and Kim said, lets all run him in together!  We pulled over and all six of us ran in together.  It was the coolest thing ever!  Our van really felt like a team and we were all done! I think we became a family at that moment!

Watching the Elite mind at work is truly an amazing thing to witness.  Thank you Anthony for slowing down enough for us to each sprint with you.  You were in pain, but willing to go the distance!  You are an inspiration! By the way, Anthony's leg is ok. The muscle was tight and he runs so fast it cramped up for the moment.

We headed to Eugene, got some VooDoo donuts and some Starbucks.   Then headed to the park to chill out until van two came in for the grand finish!

A few stories:  Anthony's 2nd leg was full of hills, huge hills.  We drove ahead guessing how many people he would pass and then bet on the time he would come up over the biggest hill!  We were ALL wrong!  We guessed too slow by a lot!  The boy is fast!  Later he talked about how he ran those hills like they were nothing, just plowed up them!


Kim, our Rookie Relay Racer got faster with every leg.  I think she surprised herself.  She almost canceled and didn't' come.  We are all so glad she came, and I know she is glad too! She is planning on running her first half marathon this Sept! We are proud of you Kim!

Alyssa is a bacon loving, doughnut loving girl who is passionate about her Beaver Football!  She is such a cheerful person and a joy to be on the team.  She ran some major hills and she seemed to like them!  I think she may be half crazy!  We love you Alyssa! 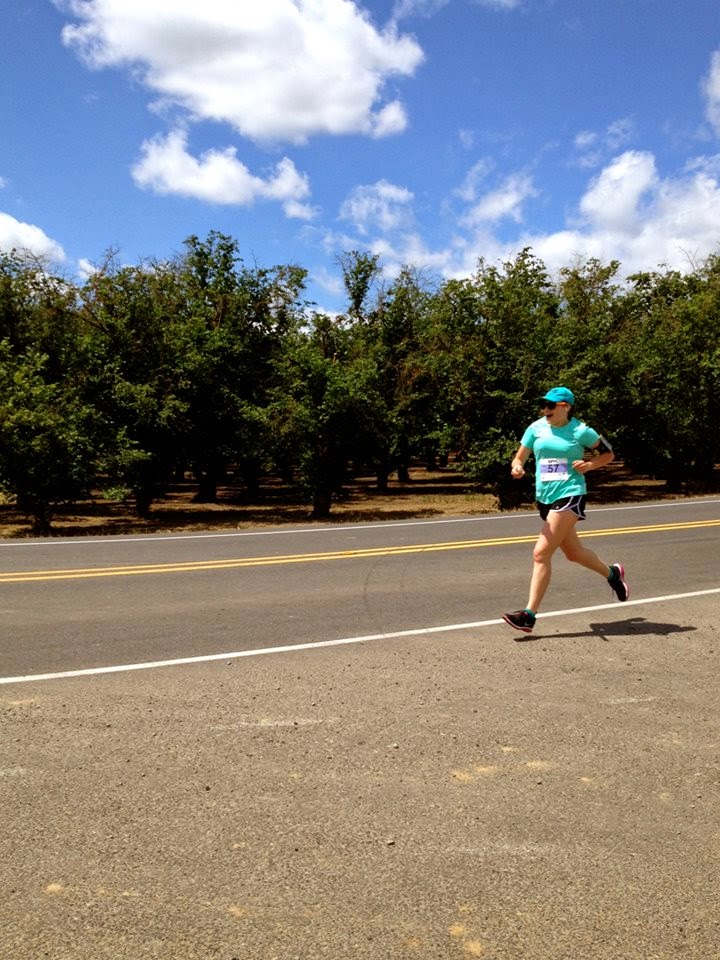 Here we have Mel.  Mel was the biggest cheerleader in my van.  Every time a runner was out, she would get water ready.  She was always the first to jump out and make sure our runner was ok.  She not only yelled and cheered for our runners, but for other runners she didn't even know.  Mel, made sure to get as many photos as she could of all of us before her phone went dead!  Thank you Mel, for cheering me on and getting some sweet hand-off photos for me!


Our Captain Chris was a little hard on himself.  We were short a runner in van 2 and he took responsibility for it.  He took the hardest legs in van 1 in hopes that everyone would have a Epic time and come back next year.  He never made anyone feel bad if our times were off (course we were all smoking!).  He just wanted everyone to have fun and fun is what we had.  I think Captain Chris did a great job and it was an honor to run on his team!

In van two Lisa the Go Get Er was our recruiter.  She got so many people to join our team and did a good job! We all liked each other and had a great time!  Not everyone is good at recruiting, but Lisa gets it done! She was also our anchor runner and it was sure fun watching her run across that finish line!

Simon the Great is a guy who just likes to run.  Epic Relay '14 was his 59th relay.  I think that is amazing!

Garret, the Night Rider.  He was one of our fill in runners for the runner who never showed up!  Three of our guys took turns, taking one leg each.  For Garret's night run, he doubled up and ran a half marathon, actually more than a half. In the process, he took out 14 roadkill's! Watch out for Garret people! 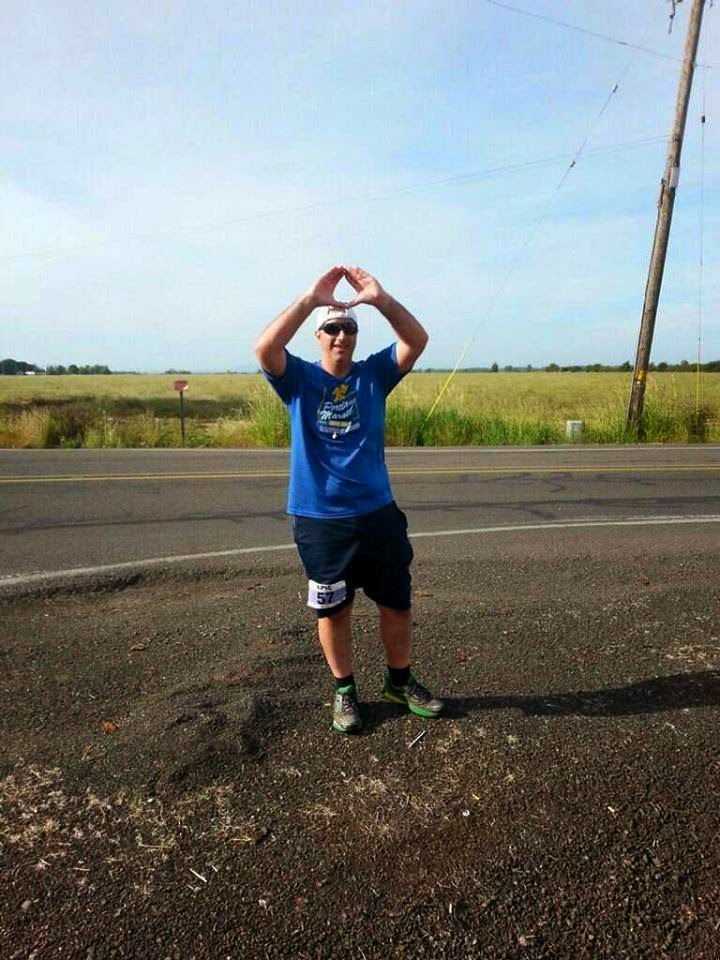 Aaron, our all Ducked out Runner.  Need I say more?  He is a Oregon Duck Fan runner!  We finished in Eugene!  I think he was pretty happy about that! 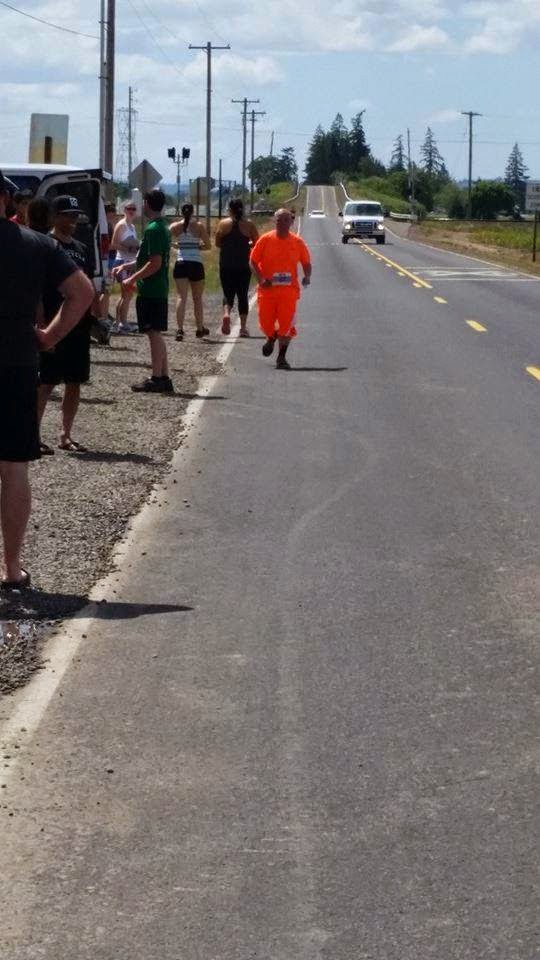 Matt, the Traffic Cone Runner.  The photo tells all!  I will add, Matt loves his family!  I loved hearing him talk about his kids!  I have seen Matt at some area races! It was nice to see a familiar face when I first showed up at Lisa's house.

So who wants to win our invisible runner's shirt? Along with two SHOT Blocks for a training run.  Sign up below to win (Women's Large).  Contest ends July 14th!

Watch your e-mail 2014 runners!  An Epic Photo Contest will be starting in the next day or so! Get ready to submit your EPIC Race Photos!

Win a FREE entry to theThe Oregon Marathon Full or Half  here!

Win a 13.1 or 26.2 temporary Tattoo from Marathon Tattoo here in a Shoefie Contest here. 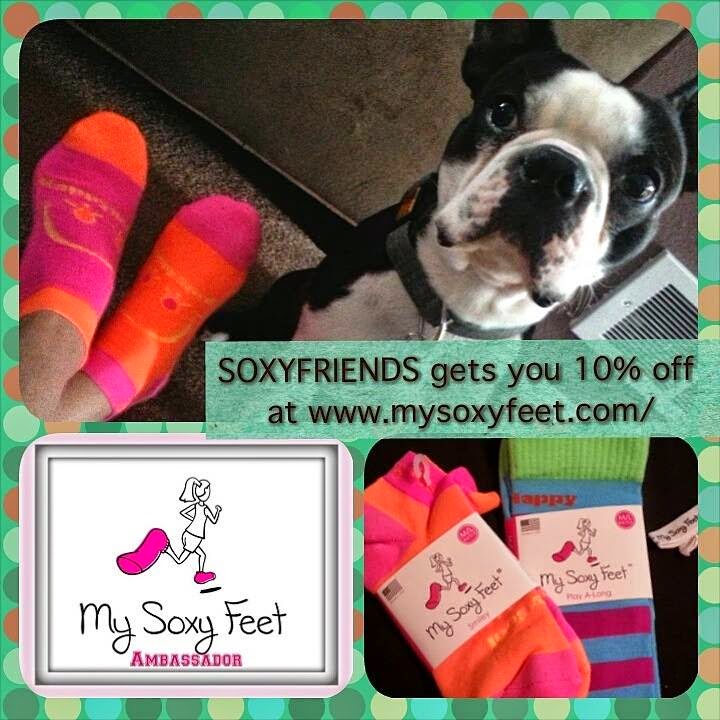